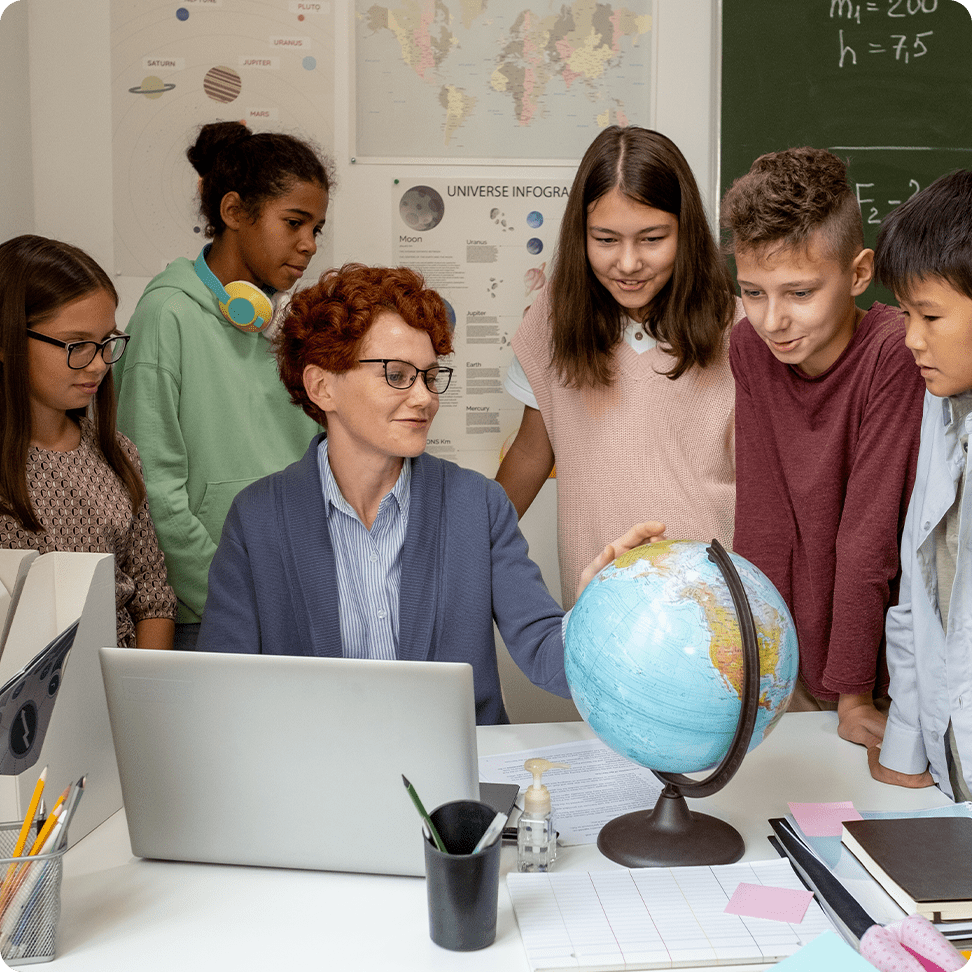 The World of 8 Billion student video contest is a project of Population Education, a non-profit program based in Washington DC. The contest first ran during the 2010-2011 school year, when the global population was reaching 7 billion, as the World of 7 Billion video contest. It ran under that name until 2022 when it was updated to reflect the increase in world population to 8 billion.

In the contest’s first year, 619 videos were received from 36 U.S. states and four countries abroad. Now in its 12th year, over 25,000 student-made videos on the impacts of population have been created as a direct result of the contest. Thousands of students are now more aware of the vast connections between population and so many of today’s pressing global challenges.

Population Education is all about people – how many of us there are, how we shape the world, and how we interact with each other. As the go-to program providing innovative lesson plans and professional development on human population growth and its effects, Population Education supports K-12 teachers across content areas.

Established in 1975, the program has earned a reputation for educational excellence. Through memorable, standards-aligned classroom activities like simulations, cooperative challenges and debate, PopEd inspires students to tackle a variety of real-world problems and to become positively engaged in their communities as the next generation of leaders and policy makers. Population Education’s top-notch facilitators train over 12,000 educators in North America annually through interactive workshops and webinars.

Population Connection, founded in 1968, is the largest grassroots population organization in the United States with more than 40,000 members and countless supporters. Working at the intersection of demography, health/human rights and sustainable development, the organization aims to educate young people and advocate progressive action to stabilize world population at a level that can be sustained by Earth’s resources. More information about Population Connection can be found at www.popconnect.org.

We are grateful to all the Population Connection members who have made the World of 8 Billion (and World of 7 Billion) competition possible.