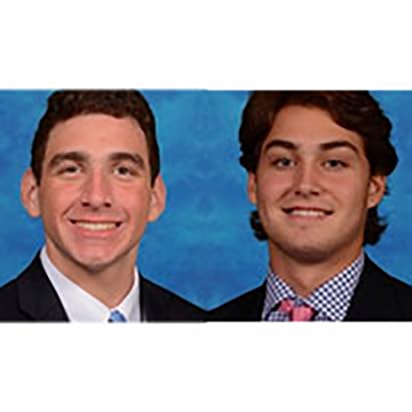 Tyler Martire is a senior at the Gilman School in Baltimore, Maryland. He and his co-producer, Pearson Harrington, found out about the video contest in their Environmental Sustainability class. Each student was assigned a video contest subcategory and could decide with their co-producers which one they wanted to move forward with. Since Tyler and Pearson didn’t know much about microfinance, they decided to create a video in this category to learn more about the topic. This past fall, they learned about population growth and its impacts on the planet in their Environmental Sustainability class, but after doing further research for the video contest, they were “surprised to learn how quickly human population has grown over the span of 200 years!”

Tyler and Pearson’s video inspiration came during their topic research when they learned of microfinancing’s communal structure. Tyler said, “It boils down to people empowering people. This isn’t one person tackling this problem by themselves, this is an issue where people need to trust one another. This is a communal effort.” After nailing down the theme of their video, they focused on creating a welcoming introduction to the topic and a simplified message with easily digestible images and text. Their approach to video production reflects their advice to future contest participants. “Do as much research as possible and take as many notes as possible! You can boil it all down after using the commons themes to fit it into a 60 second video”, Tyler said. Second place winners Tyler and Pearson plan to involve their class in determining what to do with the cash prize. Suggestions include using it as a start-up fund for an environmental project, or investing it in something microfinance related in Baltimore, especially given COVID-19.

In his free time, Tyler enjoys playing on his high school football team and being involved in his high school’s musical. Additionally, he is captain of recruitment for his school’s “polar bear plunge”, an event which takes place in January, where community members jump into cold water at Sandy Point Beach to raise money for the Maryland Special Olympics. Tyler hopes COVID-19 does not disrupt the extra-curricular activities he enjoys for too long, and in the meantime, he is adjusting to learning from home. He has enjoyed his school’s movie nights and zoom dates with friends.