The World is in The Midst of a Sixth Mass Extinction 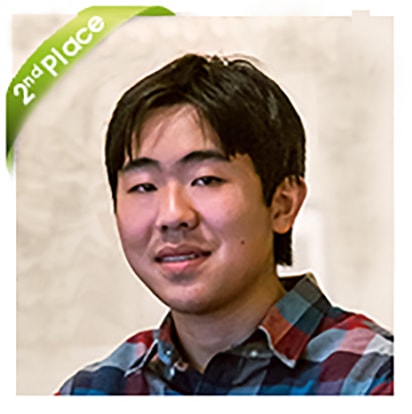 Michael Kuroda is a senior at Piedmont High School in Piedmont, CA where the contest was assigned in his Environmental Science class. Michael and his group were most interested in the challenge covering the sixth mass extinction and were surprised to find out just how many species are being affected. Before they started their own filmmaking process, the group screened online science videos and saw the benefits of a simplistic approach to their message. Michael shares, “I wanted to create a simple animation to make our video accessible.”

While Michael does have experience in filmmaking, he has “never made a fully animated video complete with a voiceover.” Michael and his team got started on their video early and were thankful they did because creating the animation was time consuming and they found it difficult to complete the video in time. But according to Michael, the entire group was very enthusiastic about the project so the long planning and prep time was considered worthwhile.

Michael hopes to attend college and would like to major in Economics and minor in Digital Arts. His free time is often filled with drawing and making paintings in Photoshop. He’s also a Boy Scout and is gearing up for his board review which is the last step in becoming an Eagle Scout. Michael thinks it would be really fun and cool to be able to move objects with his mind so would choose telekinesis for his superpower. He plans to put his prize money into savings.