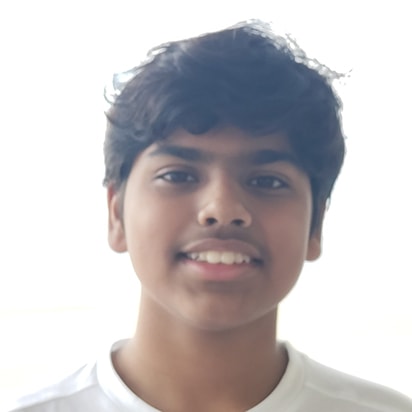 Arnav Bali is in the 8th grade at Central Middle School in Edgewater, Maryland. He is our only repeat contest winner this year. Last year, his video about E-Waste won first place in the Middle School Reimagining Industrial Systems category. He initially discovered the World of 7 Billion contest during the early days of the pandemic, when he was looking for ways to work on his hobby of filmmaking.

Arnav placed first in the Middle School Urbanization category this year. His winning video looked at the problem of urban sprawl, specifically how a growing population needs more housing which can disrupt important wildlife habitats. He got this idea after seeing the problem firsthand in his own life. “I live in an urban area too, and I saw that there were a lot of differences between different neighborhoods, and how some areas are very densely populated and some are sparsely populated, and how that affects the environment,” he said.

Although Arnav has been experimenting with filmmaking for a few years, he says that participating in last year’s contest inspired him to make more informative videos, where he could teach people new information in a creative way. In fact, Arnav plans to use his prize money to invest in more gear to make his videos and film quality better.

When he isn’t making award-winning films, Arnav loves to garden and take apart/reassemble electronics to figure out how they work.

As for advice for future contestants, Arnav suggests trying all of the ideas you might have. “You can always change your plan,” he said. “But don’t just think that things are too ambitious and then not do them. Try to do them so you learn and get the experience.”