We Only Have One Planet 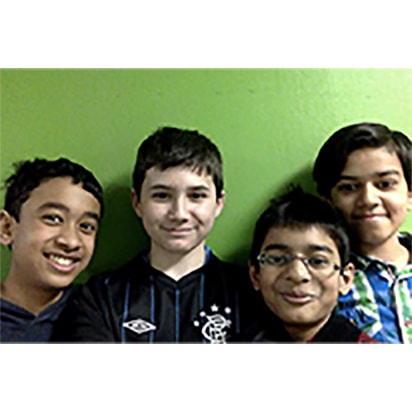 Pramana Saldin and his teammates Nick Bucciarelli, Riju Dey, and Adit Gupta are in 7th grade at Shorewood Intermediate School in Shorewood, Wisconsin. The team created their video as part of a Geography class assignment. They chose to focus their video on climate change because they already had some knowledge on the topic and how humans are contributing. Pramana explains, “Humans are putting carbon dioxide and methane into the atmosphere and the more humans on earth means more people putting these harmful gasses into the world.”

When deciding how to best present their information, the boys watched several educational videos on YouTube to find inspiration on how to make their video simple yet compelling. They decided to include a combination of video clips and graphics with Nick narrating. They admit that editing the script was a challenge and they didn’t decide on the final dialogue until a week before the deadline.

Although the boys aren’t quite sure what they plan to do with their prize money they feel inspired and motivated by winning first place and hope to participate in the contest again next year.

We Only Have One Planet